Spinoza’s affective aesthetics: Art and architecture from the viewpoint of life

There is a peculiar aesthetic undercurrent traversing Baruch Spinoza’s philosophy, harbouring untapped potentials and far-reaching consequences for contemporary discussions on aesthetics. The relationship between aesthetics and Spinoza’s philosophy, however, has been nothing but a huge missed encounter, resulting in the publication of only a few books and a handful of articles throughout a vast period of more than three-and-a-half centuries. Which begs the question: might there be, despite our persistent negligence, much more to the relationship of Spinoza and aesthetics than first meets the eye? I will argue that there might be. For once Spinoza’s philosophy as a whole, ranging from his philosophical and political treatises to his private letters and unfinished manuscripts, is read between the lines, latent seeds of a peculiar aesthetic theory become visible—an aesthetic theory that moves beyond subjective and objective approaches that have come to dominate the field, and rather grounds itself on affective interactions and morphogenetic processes. A subterranean journey through Spinoza’s affective aesthetics constitutes the subject matter of this paper, which interweaves subtle aesthetic hints buried deep within his philosophical archive, while unfolding relevant ramifications of these promising discoveries for the current aesthetic discourse. 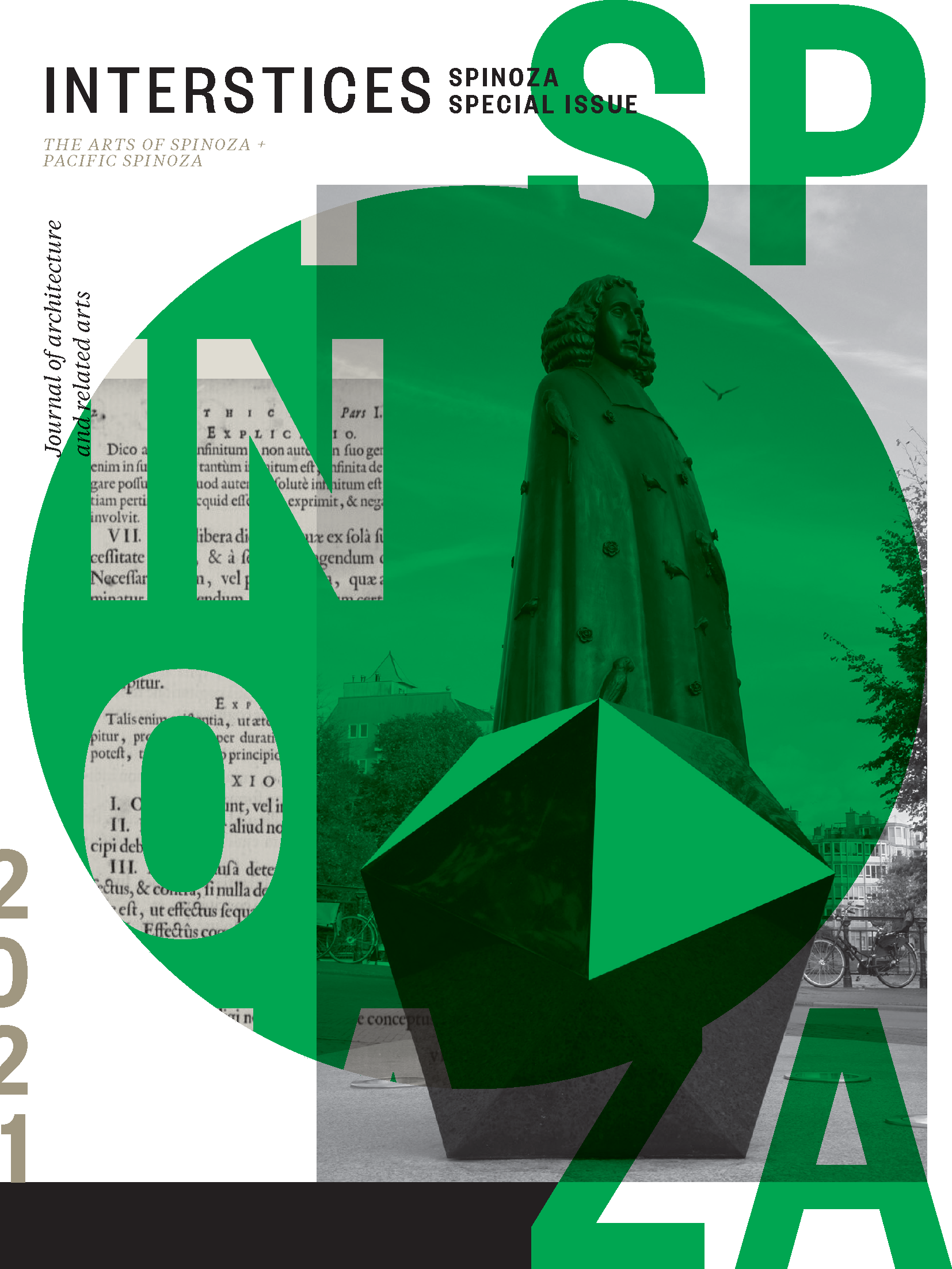