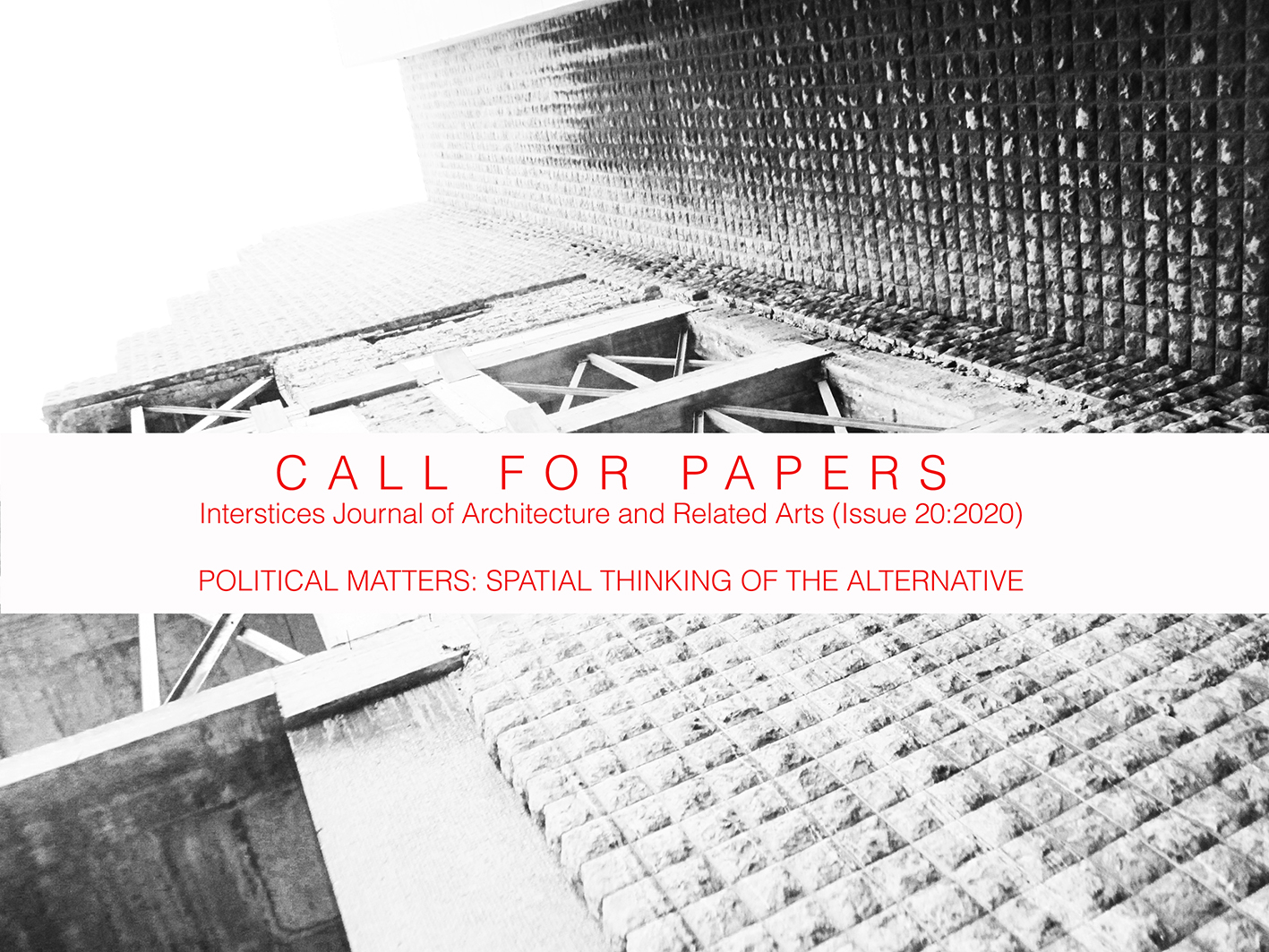 At a time when the Western political climate is synonymous with Brexit, Donald Trump and Boris Johnston, the Christchurch terrorist attack, Australia’s Manus Island detention centres, the US-Mexico border and the global refugee crisis, the urgency of addressing the relationship between politics and space is more pressing than ever. To answer the question of what it means for space to be political beyond it merely being an expression of hegemonic orders, we follow Hannah Arendt’s celebration of political action, and her stance that political questions are far too serious to be left to politicians (1970). We draw upon Chantal Mouffe’s concept of agonism and the impossibility of a final reconciliation in thinking the political (2013). We acknowledge Paul Virilio’s thinking on negative horizon whereby perception is not just dependent upon the framing and mastering of the rhetoric of media and memory, but rather this mastery is also framed and dependent upon seeing abysses (1989, 2005, 2009). Finally, we emphasise Michel Foucault’s reconceptualisation of power as being productive rather than oppressive (1980). To make sense of, and come to grips with, this contemporary landscape requires a detailed reflection and analysis at different levels – individual, social, cultural, environmental, technological, medical, economic or legal.

Comprehending the complex forms of surveillance and governance in the age of contemporaneity requires one to problematise the limits of spatial politics in the society of control (1995). Indeed, it may require a different placing and questioning of ideas, events and spaces than the norm. Questioning and disrupting the limits of the norm may enable frictions and generate new knowledge. This issue of Interstices seeks papers that address the complexity at the nexus of architecture, urbanism, sociology, human geography and political philosophy, and focuses on the following themes:

Discussion on the convolutedness of control societies are also oriented towards formulating the hopeful, active and productive role space may have in the formation of social movements and in transforming everyday life – in other words, where we become active participants in the cities we live in, rather than passive designers or consumers serving the interest of market economies. It is where liberating spaces for thinking differently can thrive. Likewise, it is where access to, and dwelling in, space is enabled. It is where we can engage with questions of conflict, security and territorial stability, however, not at the expense of dehumanising the Other. Moreover, the implication of these explorations for architectural pedagogy remains a fruitful opportunity for political agency and we encourage submissions on this topic as well.

The thematic call on Political Matters: Spatial Thinking on the Alternative for Issue 20 of Interstices: Journal of Architecture and Related Arts seeks ambitious, innovative and rigorous scholarship of 5,000-word papers. The proposed schedule is outlined below:

Please submit all papers to: susan.hedges@aut.ac.nz

For all Interstices matters see: https://interstices.ac.nz/index.php/Interstices